Such a report would certainly be read by many with delight. Machine translations are awful to read, however. I'd suggest that you write in English (most have at least a rudimentary grasp of the language), and that those who can't understand that send the text through a translation tool themselves.
Y

Thank you, Markus. Here is some information about the sailplane:

The SB-11 is variable geometry, FAI 15-meter racing class sailplane built by the Akaflieg Braunschweig in Germany for the 16th World Gliding Championships in Chateauroux, France.

The glider was flown by multi-time world champion Helmut Reichmann who ultimately won the event in 1978. The SB-11 competed against the ASW-20, LS-3 and Mini-Nimbus, the 15-meter class ships of that era.

The front portion of the fuselage was built in the Alexander Schleicher ASW-19 (some reports say the ASW-20) molds with the boom, vertical fin, rudder and horizontal stab using the tooling from the Schempp-Hirth two-place Janus sailplane.

Sincere thanks to OSTIV President Loek Boermans and the students at the Akaflieg Braunschweig for providing documentation for the project.

Hopefully this will be an enjoyable build to follow,

Of course there is a lot of interest for such a report. Will you build a full-scale wing with functional Fowler-flaps? Guess you know the book documentation of the SB-series? Interesting details of the different building technologies applied on each of the planes.

Good luck with your project....

Of course there is a lot of interest for such a report. Will you build a full-scale wing with functional Fowler-flaps? Guess you know the book documentation of the SB-series? Interesting details of the different building technologies applied on each of the planes.

Good luck with your project....

Thank you, Frank. Yes, I will be attempting to recreate the Fowler flaps which will be challenging. The fuselage molds and a fuselage have already been built. I will post photos of that process when I get a chance.

I am not the first to build a model of the SB-11! That is a surprise.

Please post photos of your glider when you get a chance.

If you would like to email them or other information to me, send them to michaeljdeleo@gmail.com

hey, great job, nice fuselage. If you can ship to germany, i want one....

I scan my old ducumentation and sent to your mail account. Here some pic from my small SB 11 in scale 1:5 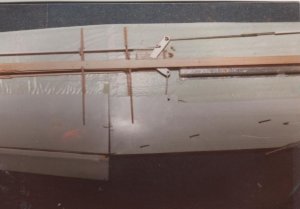 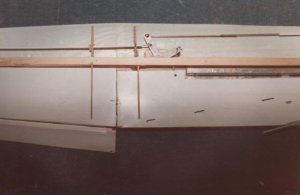 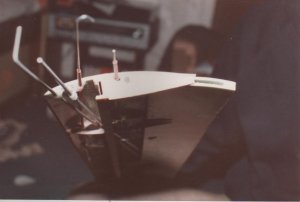 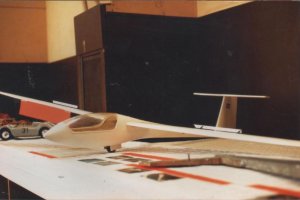 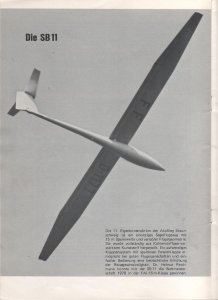 Thank you for the information you posted and that which you emailed to me. That will be very helpful during the build.

Here are some photos of the fuselage mold.

Attached are some photos of the first fuselage pulled from the mold.

go ahead!!! Most interesting!

P.S. I am familiar with your "yyz" from RCG

The fin is built in foam molds using a carbon/Rohacell/carbon sandwich. All construction from here forward is in real-time.

Hello, is there anything new about the sb-11?